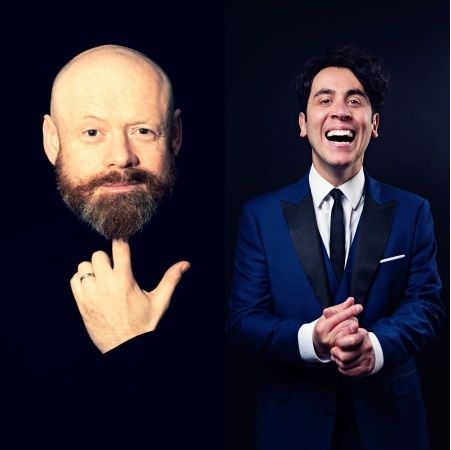 The Tringe continues with previews of the new shows from the brilliant Alistair Barrie and Pete Firman.
Don't miss out on what will be a barnstorming start to the festival.

"The UK's leading comedy magician" (Time Out) returns to Tringe with an astonishing new show.
As seen on ITV1's Tonight at the London Palladium and The Next Great Magician, and BBC's The John Bishop Show and The Sarah Millican Television Programme.
Expect Pete's trademark blend of laugh-out-loud comedy and jaw-dropping magic.

“The man from Middlesbrough sets the pace for comedy-meets-magic in the 21st century.” The Times
“The new poster-boy for British comedy magic.” The Telegraph
"Seamless blending of quality magic and stand-up comedy. It is a joy to watch.” Edinburgh Festivals Magazine
"Breathtaking illusions.” The List

After a completely sold out 2018 Edinburgh Festival run, Alistair cancelled his 2019 show as his wife was giving birth, then took 2020 off to SINGLE-HANDEDLY battle Covid before returning north in 2021 for a short run, where he caught it and spent the next week in a basement with the dog, Netflix and no children, which was one of the happiest weeks of his life. He then wasted precious time writing his new show only for Vladimir Putin to render most of it obsolete. His latest hour of topical musings on Boris Johnson, global pandemics, fatherhood, Ukraine and how everything would be better if he was in charge now comes to Tring before hopefully making it to Edinburgh in August. But you can't be sure of anything these days.