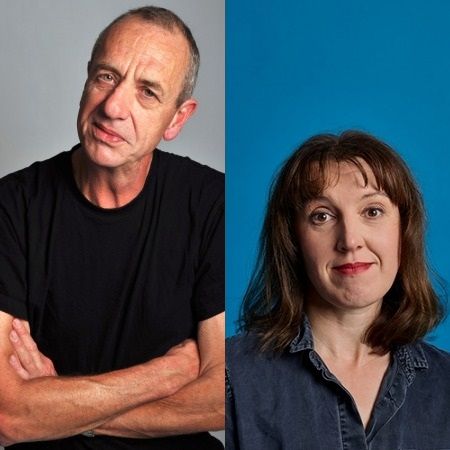 The Tringe kicks off with previews of the new shows from the brilliant Arthur Smith and Eleanor Tiernan.
Don't miss out on what will be a barnstorming start to the festival.

Arthur Smith: My 75 Years at the Edinburgh Fringe

Arthur Smith’s love letter to the playground of the imagination that is the Edinburgh Fringe on its 75th birthday. Recalling some of the triumphs, disasters, love affairs and arrests of his many Augusts in Auld Reekie. Hamlet, Colditz, Leonard Cohen, Dante, dementia, Arthur's Seat, Gary Lineker and the Leith Police all feature in this moving hour of revelations, songs, poems, gags and bad costumes. This is Arthur's last-ever Edinburgh show so you had better be there. ‘There are Fringe legends and then there is Arthur Smith’ (Bruce Dessau, Times).

She has been a panellist on BBC Radio 4’s News Quiz and Where’s the F In News? Most recently Eleanor appears in Holding, a new TV adaptation of Graham Norton’s debut novel.