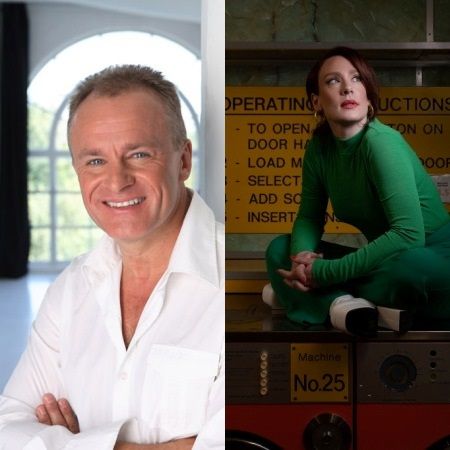 The Tringe finishes with a barnstormer of a gig. The "Explosive energy" of Sara Barron will start the night and we will then finish the festival with one of the legends of British comedy from the last 50 years. Versatility is the key to Bobby Davro’s longevity and when he received a standing ovation recently at one of the modern day comedy clubs, we knew we had to see Bobby at the Tringe.
Sit back and have your socks knocked off!!

Bobby made his TV debut in 1981, but his major breakthrough came with an appearance in LIVE AT HER MAJESTY’S IN 1983.
This led to his own Saturday night series BOBBY DAVRO ON THE BOX, BOBBY’S SKETCH PAD, TV WEEKLY, which immediately topped the ratings for six consecutive years.
Bobby  then moved to the BBC and made three series, PUBLIC ENEMY NUMBER ONE, ROCK WITH LAUGHTER and RUN THE RISK.
Bobby hosted for Yorkshire Television’s WINNER TAKES ALL for 65 programmes. He was on screen in Eastenders’ playing the lovable rogue ‘Vinnie Monks’
On Reality TV we have seen Bobby on ‘Dancing on Ice’ and Celebrity Big Brother.

Bobby lives in Surrey with his three daughters. In his rare moments away from the world of show business, Bobby likes nothing better than a game of golf, a spot of fishing, or a glass of Chardonnay in front of the telly.

Star of Live at the Apollo, Would I Lie to You, and Frankie Boyle's New World Order, Edinburgh best newcomer nominee Sara Barron returns with a blistering new hour of standup on smart sex, dumb kids, conception, rejection & wine-in-a-can.

"A wicked, spiky wit in the vein of a young Joan Rivers, Sara Barron is one of America's most exciting comedic exports" ★★★★ (Telegraph)