Ian Cognito: A Life and A Death On Stage (FILM) 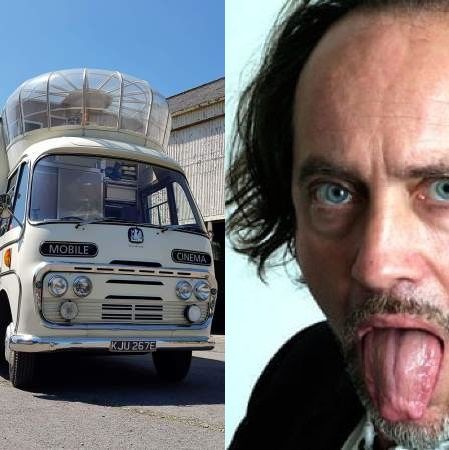 Join us for a series of special screenings on board the Vintage Mobile Cinema of the award-winning documentary film about one of the most popular, controversial and troubled comedians in the UK. Much like Tommy Cooper and Eric Morecambe, in 2019 Ian died on stage doing what he loved best at a comedy club in Banbury.

Various Screenings - see below.
Warnings: Strong language/swearing
Tringe Passports not applicable for these screenings.
The location of the Vintage Mobile Cinema yet to be confirmed (but it will be in Tring).

We learn about the comedy scene in the 1990s, the rise of alternative comedy and some of the unique acts that existed. There is a cavalcade of stories, jokes, songs and behaviours that would often excite or repel an audience that led him to become the most banned comedian in the UK. Starring Matt Lucas, Jo Brand, Shaparak Khorsandi, Matt Lucas, James Acaster and many more.

The Vintage Mobile Cinema is a unique slice of cinema and automotive history. The only survivor of seven vehicles, custom built for the Ministry of Technology in the late 1960s in order to promote British industry.