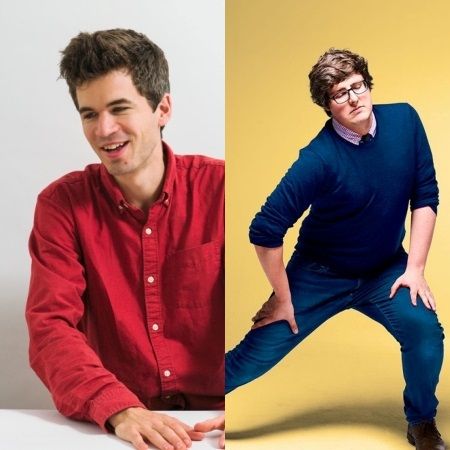 The Tringe continues with previews of the new shows from the brilliant Ivo Graham and Glenn Moore.
Two Tring favourites on one wonderful night. What a joy!

More frenetic life updates from the critically acclaimed anecdotalist/prank victim. Previously nominated for ‘Best Show’ at Edinburgh Fringe Festival 2019, and as seen/heard on Have I Got News For You, Mock the Week, Live at the Apollo, Fighting Talk, and Quickly Kevin: The Steffa Barnsa Tapes.

‘Has star in the making coming off him like steam’ ★★★★ - Telegraph

Perrier award nominee Glenn Moore works up a new hour of ‘brilliantly original’ (Chortle), ‘blissfully silly’ (Guardian) jokes. As seen on Mock The Week, Stand Up Central, The Stand Up Sketch Show and as heard on Absolute Radio, The News Quiz and The Now Show.

“A comedy masterclass” The Sunday Times

“One of the best joke-writers on TV” The Scotsman

Ian Cognito: A Life and A Death On Stage (FILM)