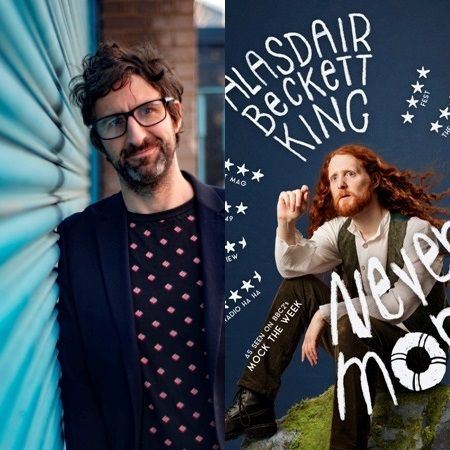 The Tringe continues with previews of the new shows from the brilliant Mark Watson and Alasdair Beckett-King.
Don't miss out on what will be a barnstorming gig.

Very very early steps towards a new stand-up show, dealing with the oldest problem in the world: your friend and mine, time, and the way it passes. Some jokes. But also just some thinking out loud.
Praise for Mark's previous work:

★★★★★ “Quite unlike anything else I’ve seen in almost 20 years of covering the Fringe...witty, warm, perfectly judged” Telegraph

Out of the swirling maelstrom he steps, his sword of jokes, his shield of whimsy and his armour made of a third amusing thing. Cursed to return to Tring, multi award-winning stand-up Alasdair Beckett-King unravels life's shallowest mysteries and "creates his own multi-faceted world" ★★★★ (Scotsman).

As seen on Mock the Week and the internet.