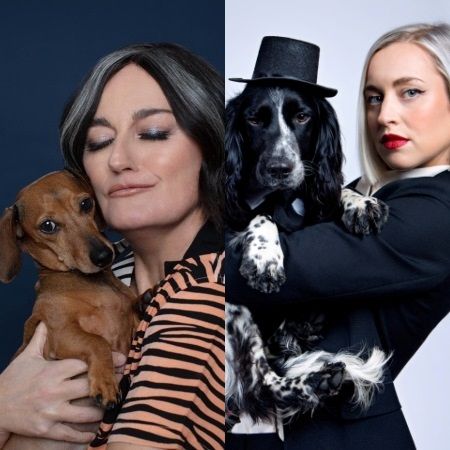 The Tringe continues with previews of the new shows from the brilliant Zoe Lyons and Lily Phillips.
Don't miss out on what will be a barnstorming gig.

After the last couple of years Zoe is just excited to be back on stage. She kept herself busy during the pandemic by having a monumental midlife crisis. It involved buying a sports car and running a 100k ultra marathon among other ill thought through endeavours. Its time to try and put the wheels back on her life.

Host of BBC2’s Lightning and Live at the Apollo. A regular on Have I Got News for You (BBC1), QI (BBC2), and Mock the Week (BBC2). TV also includes Celebrity Antiques Road Trip (BBC2), Stand Up and Deliver (C4), House of Games (BBC2)

Rambunctious, long-awaited debut hour from the 2021 BBC New Comedy Award finalist, and one of the stars of The Stand Up Sketch Show (ITV2). Some of it is about her vagina, some of it is about her dog. Also seen on BBC3, All4, E4 and Comedy Central, Lily is a Leicester Square New Comedian of the Year runner-up, Funny Women finalist, and Pleasance Reserve alumnus. ‘A routine that called to mind Jo Brand...a cheery disdain for the genteel, and a bulletproof confidence' Chortle. ‘Charming and moderately obscene’ (Scotsman).