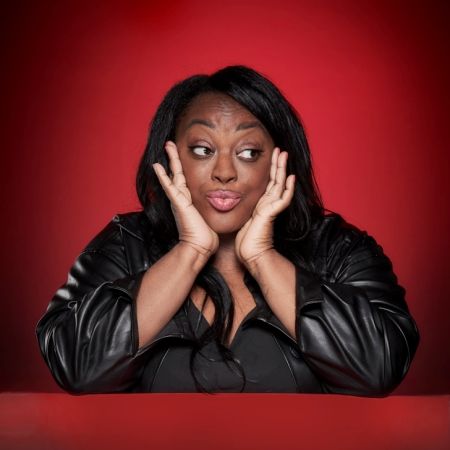 Join Judi Love for a work-in-progress gig before her forthcoming tour.
Straight-talking powerhouse Judi Love is one of the UK’s most stand-out performers. A brilliantly engaging comic on stage, Judi takes everyday relatable situations that resonate with audiences and brings them to life in hilarious routines. Marking herself as a firm favourite on the comedy circuit, Judi is also known for producing a host of hilarious online comedy sketches which have gone viral on an international scale, amassing a huge following on social media. She could also be seen throughout the lockdowns regularly hosting her Instagram-Live events “Quarantine Date Nights”.

Judi can be seen as a regular panelist on ITV’s Loose Women, including the first episode to feature an all-black panel, which received a prestigious RTS Award for Daytime Programme.

Come and join her as she tries out new material!